Ciphers, signs and self-portraits: How artists of the past signed their paintings 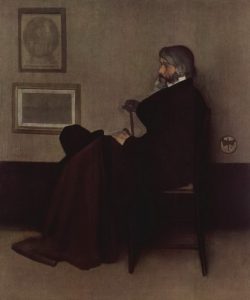 Not every masterpiece of painting contains the signature of the artist. There were reasons for this, both at the dawn of the Renaissance and in the modern era; they are now. Some of the works were “signed” by the masters in unusual ways – symbols in which an indication of the identity of the author was hidden. Bones, butterflies, cats appeared in the paintings for a reason.

Why it was not customary to sign a work before

Having finished work, put your signature in the lower right corner of the picture – a custom that entered the practice of artists during the early Renaissance. Alas, authorship of earlier works is often not possible to establish – primarily because of the lack of signatures on them. Artists of the Middle Ages then united in workshops, and had no right to show any individualism in creativity, this was perceived as vanity. In addition, most of the works were devoted to religious subjects, and to put their own name on paintings depicting saints was akin to sacrilege.

With the advent of a new era in art, when the boundaries of the artist’s capabilities expanded, and not only biblical stories became the subject of his interests, when individual creativity began to develop, attempts also began to make his creation unique, to leave a sign on it that would indicate the master. It was a common practice even for the creators of ancient times, on the painted red and black-figure ancient Greek amphorae it was possible to find the name of both the potter and the artist.
The signature served as an advertisement, directing new customers to the masters. In modern times, the first attempts to leave something like his signature on the picture were characteristic of artists of the 13th century. Some of his work was signed by one of the founders of the Renaissance Giotto di Bondone.

Hidden characters and hidden self portraits

Often artists depicted on canvas a subject directly related to the personality of the artist. For example, Dosso Dossi left a hint of his last name, placing a bone in the letter D in the corner of the picture – not by chance, because “osso” in Italian means this item.

Bartolomeo Passerotti, the founder of the still life genre in Italian art, often left a sparrow figure in the picture. This bird is called in Italian “passerotto”. Felice Bozelli added to the composition on canvas a cat bearing the name Felix, similar in sound to the name of the artist.

Sometimes the masters left more expressive evidence of their involvement in the work, depicting in the picture not just an object, but their own self-portrait. Often, the artist’s figure on such canvases is in the background, among minor characters, including in the company of donors — that is, customers of a biblical story painting, which the master included in the composition. Sometimes the name of the artist appeared on any of the objects depicted, for example, a fallen piece of paper.

The signatures were left in order to distinguish themselves among the artists of the workshop, to become recognizable, and therefore popular among customers willing to pay for a work of easel painting. The Dutch artist Jan van Eyck in his, perhaps, the most famous and mysterious painting “Portrait of the Arnolfini couple” left a peculiar element: “Jan van Eyck was here”, which some art historians regard not as a signature, but as evidence, confirmation of the marriage ceremony performed by the artist .

Of course, the signature left on the picture played into the hands of talented artists and brought new customers to them. True, already during the Renaissance, artists with a less brilliant reputation began to cash in on the names of geniuses. Albrecht Dürer, who signed his work clearly and in a prominent place, one day turned to the Venetian court to stop the image of his signature in the paintings of little-known artists. In fact, it was judicial copyright protection – at the beginning of the 16th century! It is known that Brueghel’s workshop was engaged in fake “under Bosch”, indicating the signature of the latter.

Over time, the signatures of artists became an almost mandatory element of the work, but then modernism came into the world of art.
There was no single rule, each artist made his own decision on how organic he saw the placement of his signature on the canvas. Kazimir Malevich did not put signatures on his most important, conceptual works, believing that this would distract from the correct perception of the picture as a whole. Others were marked by his sign – at different periods of his work he looked differently, often it was a small black square.

Art critics seek and find the “hidden” signature even when the master tried to veil it. This happened, for example, with the picture of Tom William Roberts, when looking at the canvas at a certain angle of incidence of light.