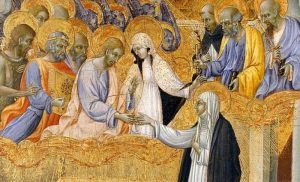 St. Catherine of Alexandria lived in Egypt in the 3rd century AD. Before the adoption of Christianity, she bore the name of Dorothea and was the daughter of the ruler of Alexandria. The girl was famous for her extraordinary beauty, wisdom, spiritual qualities, and was, of course, an enviable bride, but in grooms she wanted only the most worthy – the one who will surpass her in everything. Then Catherine’s mother took her to the old hermit, who was praying in a cave near the city. He told the girl that he knew the one who is better in everything. END_OF_DOCUMENT_TOKEN_TO_BE_REPLACED

As an apprentice carpenter and an orphan became a world famous salon painter: Mihai Munkachi 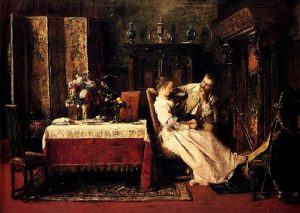 Recently, in the Western world of art, a trend has begun to be traced more clearly, which fundamentally changes the priorities of styles. And no matter how adherents of abstractionism and modernism resisted, finally there was a turn in the direction of figurative painting – meaningful and realistic. The audience was much more impressed by the plot canvases, which can tell a lot for themselves. And today I would like to open to the reader the name of the amazing 19th-century Hungarian painter Mihai Munkachi, whose painting in our time has become in demand like 150 years ago.

The life path of each artist is always complicated and ambiguous. So Mihai Munkachi, walking along it, experienced stunning ups and downs. But, as is known from history, only strong-willed masters, clashing with adversity and misfortune, contrary to all laws of logic, temper their art, giving it a true fortress. END_OF_DOCUMENT_TOKEN_TO_BE_REPLACED