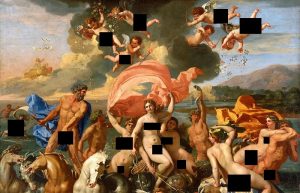 In Novosibirsk, in one of the universities in 2018, students suddenly found all antique statues placed along the corridors draped in impenetrable bedspreads. So the university has prepared for a visit by representatives of the Russian Orthodox Church. END_OF_DOCUMENT_TOKEN_TO_BE_REPLACED 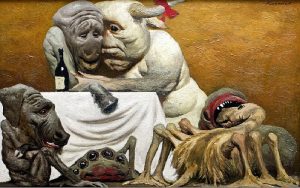 Helium – in translation the God of the Sun. His parents wanted to name their son Tractor, but since he was born in a sultry summer, he was named Helios. And if more officially, then Heliy Korzhev is a Soviet painter, teacher, professor, a bright representative of the “severe style”. As well as an academician of the Academy of Arts of the USSR, a national artist, a laureate of several State Prizes. END_OF_DOCUMENT_TOKEN_TO_BE_REPLACED 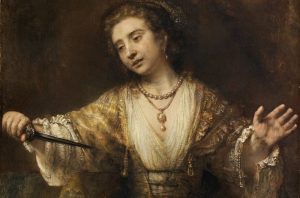 As a rule, artists in all ages, creating their paintings, meticulously approached the choice of subjects that would inspire them to write unique and masterpieces. And since in the old days, plots were taken from legends, myths, biblical stories, the same theme was revealed by painters in different variations and several times. And today I would like to recall one of such legendary stories that laid the foundation for the works of many eminent masters of European painting. This heart-rending plot did not pass by the famous Dutchman Rembrandt Harmenszoon Van Rijn.
And the story, which occupied all the thoughts of the artist, was about the pious Roman Lucretia, the beloved heroine of the Renaissance and Baroque artists, who tragically passed away, but tried to save her honor. END_OF_DOCUMENT_TOKEN_TO_BE_REPLACED